Richard Taylor is the co-founder of the Weta companies and co-owner of Weta Workshop which he runs alongside his wife Tania Rodger in their home city of Wellington, New Zealand.

With more than thirty years’ experience working in the world’s creative industries, Richard is the CEO and Design and Effects Supervisor of this award-winning company.  As a passionate creative at the core of Weta Workshop, Richard collaborates each day with his colleagues and friends across a diverse range of artistic and technical disciplines. With 330 crew and 17 departments, the Workshop can take on most creative challenges on offer.

Richard has won five Academy Awards© across three disciplines, for special effects makeup, visual effects and costume design. He has also received four BAFTAs, two VES Awards and more than 30 national and international awards for his work within the creative industries.  In 2010 Richard was made a Knight Companion of the NZ Order of Merit for his services to film, New Zealand Entrepreneur of the year, and in 2012 he was named New Zealander of the Year.

Richard and Tania are patrons of the New Zealand Neonatal Trust and are heavily involved in the Wellington community, giving their time to charity projects and initiatives.  Richard supports and assists the World of Wearable Art Competition held annually in Wellington (and has been a guest Judge of the competition for over 15 years).  Richard has been a regular guest speaker to schools, Universities, conferences and with Government delegations over his career.

Weta Workshop has provided the design and physical effects for more than 80 films, numerous television shows, and multiple location-based experiences. Best known for their work on the globally acclaimed The Lord of the Rings and The Hobbit trilogies, as well as the Chronicles of Narnia, King Kong, Avatar, District 9, and Ghost in the Shell to name a few.

Weta Workshop also operates a number of popular tourist attractions, runs a digital game studio and produces of high-end collectibles.  They also specialise in the design and manufacture of location-based visitor experiences. Its Thea Award-winning work on the Gallipoli: The Scale of Our War exhibition, in collaboration with Te Papa museum, has attracted more than three million visitors and become the most visited exhibition in New Zealand’s history. Bug Lab is another spectacular hands-on visitor experience created by Weta Workshop and Te Papa, now touring internationally.

Richard has spent more than 20 years working in China, building a highly respected relationship with local and central government, educational facilities and the creative industries, and has nurtured many strong business collaborations. 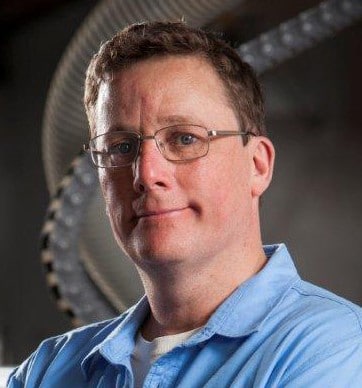