New Zealand’s Relationship with China: Past, Present and Future 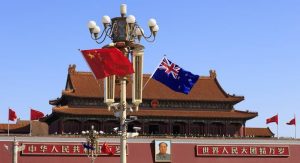 In the 45 years since the establishment of diplomatic relations on 22 December 1972, New Zealand’s ties with China have gone from being a link to a largely unknown country, to one of a New Zealand’s most important relationships.  Xi Jinping called it a “comprehensive strategic partnership.” Premier Li Keqiang said the relationship is “the best it has ever been”. But questions are being asked about how far New Zealand can expect China to be the anchor for our continued prosperity.  Does the next generation of New Zealanders see tensions and questions that will need to be considered and debated?

To mark this anniversary, a group of New Zealand-China related organisations will hold a symposium to reflect on the history and development of the relationship, examine its impact on New Zealand, and look at how it might evolve in the future. There will be a particular focus on the next generation of participants who will increasingly define this relationship, its politics and economics, and the growing importance of China capability and people-to-people connections to it.