Despite recent headlines, many New Zealanders see the value of engaging with China. This even-mindedness will stand us in good stead in future, says Alistair Crozier

The op-ed was originally published on interest.co.nz on 7 September 2022 and is reproduced with permission.

Earlier this year the Asia New Zealand Foundation published its latest annual report surveying New Zealanders’ perceptions of Asia and Asian Peoples.  The news was not good for China.

The Foundation then conducted a mini poll in June, when China’s engagement in the Pacific, speculation about its support for Russia’s war on Ukraine and other issues were in the headlines.  This time just 13 per cent of New Zealanders thought of China as a friend, while 58 per cent saw it as a threat.

While a record low for New Zealand, this is not as low as elsewhere.  The Pew Research Center published research this year indicating concerns about China are at an all-time high among the nations it has surveyed for two decades.  Those holding ‘unfavourable’ views of China were over 80% in a number of countries, including the United States and Australia.

But the Asia New Zealand Foundation report also asked New Zealanders what we should do about our relationship with China, and it’s here that the story begins to change.

Significantly, those same kiwis surveyed also identified China (narrowly behind Australia) as the country they felt New Zealand should most put extra effort into developing a relationship with.

Sixty per cent also said they supported academic collaboration between New Zealand and Chinese experts.  Forty per cent saw value in jointly funding aid projects in our region with China, with 27 per cent opposed.  A third supported allowing firms from China to supply technology to New Zealand for critical infrastructure, with 38 per cent against.

Perhaps most revealing were the questions focused on young New Zealanders.  Thirty-nine per cent of respondents believed Chinese to be the most useful foreign language for young New Zealanders to learn (Spanish was a distant second on 8 per cent and Japanese at 3 per cent).

And young people thought China was the second most ‘interesting’ country in Asia, behind only the allure of Japan.

I was also struck by the number of young New Zealanders submitting essays to our Council as part of a recent application process who advocated that New Zealand look at the approach of countries like Singapore as a model for balancing positive and beneficial relationships with China, the United States and other larger powers.

In my own experience of engaging on a daily basis with both China advocates and sceptics, this cumulative data better reflects where our collective head is at when it comes to thinking about one of our most important bilateral partners.

Yes, there’s increasing concern about some of China’s actions, and a healthy debate within our society on the New Zealand-China relationship.

But there are a large number of New Zealanders, whether exporters and manufacturers, local governments, students and young professionals, Māori iwi, education institutions, homestay hosts, tourist operators or overseas travellers, who quietly look wider than one-sided headlines and encouragement from some quarters to choose sides.

Not to mention the 5.3% of New Zealanders who identify as Chinese, including many new kiwis born in China who maintain family and business links there.

This all suggests that kiwis know it’s possible to have concerns about some China-related developments while seeing positives in others.  After all we do this with our relationships with other countries, including Australia’s 501 policy and the Roe vs Wade decision in the United States.

Sensible, balanced voices don’t tend to make good clickbait.  But there are a lot out there.

This even handedness underpins the independent foreign policy that our government leaders have emphasised recently.  As Prime Minister Ardern noted in her 1 August speech to the 2022 China Business Summit in Auckland, “even as China becomes more assertive in the pursuit of its interests, there are still shared interests on which we can and should cooperate”.

It’s encouraging that many New Zealanders appear to agree. 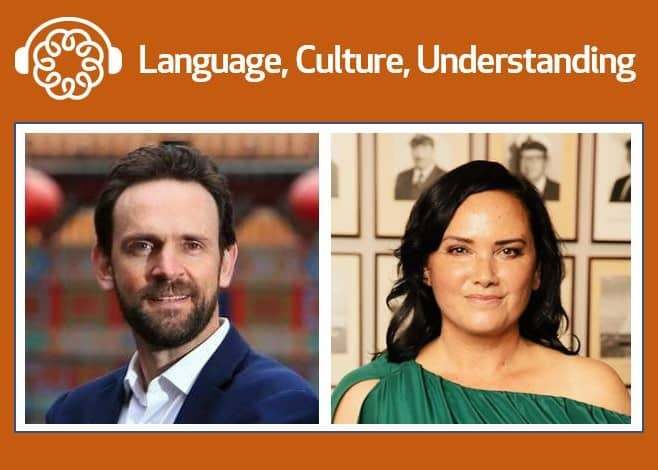