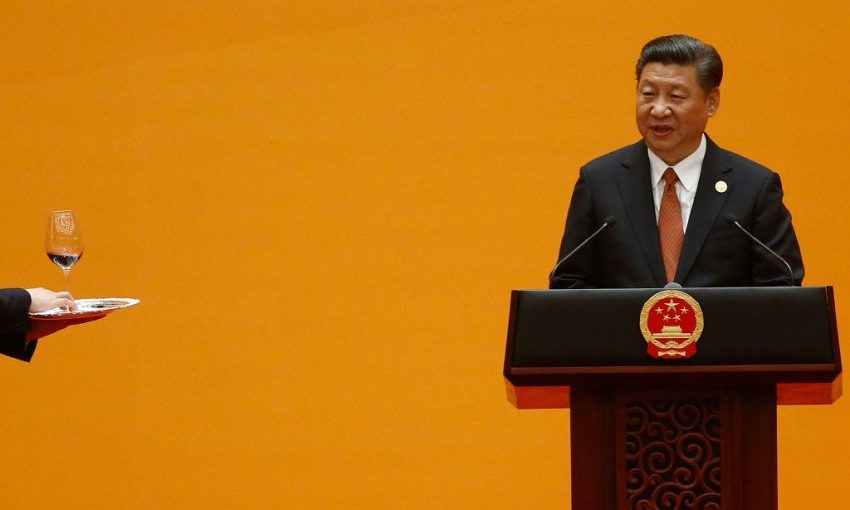 Belt and Road doesn’t mean anything to most of us. Here’s why it really should

If NZ wants to continue to build the relationship with China, we need to get serious about the initiative that defines the country’s view of its place in the world, writes Stephen Jacobi of the NZ China Council

Five years ago when he announced his grand vision for investment-led development along ancient trade routes linking East and West, Chinese President Xi Jinping called it “One Belt, One Road”. Today known simply as the “Belt and Road Initiative” (BRI), the concept has grown even bigger: it’s no longer a physical set of land and sea routes but an overarching framework for the way China looks at the rest of the world, including its more distant friends like New Zealand.

That presents us with a choice: we can get on board, or we can stand on the sidelines.

BRI is everywhere in China but not well understood here. As Don Rowe noted in a recent roundup for the Spinoff’s morning newsletter the Bulletin, it’s surprising that more Kiwis are not focused on it. The Asia NZ Foundation has bemoaned the fact that only 15% of Kiwis in its annual survey of opinion on Asia could identify it but fewer could really explain it. Perhaps that’s not too surprising given that BRI does not come neatly packaged in easy-to-eat format. And maybe 15% is not a bad result after all – while TPP has certainly gripped the public imagination, how many of us really know anything about RCEP, another trade negotiation of potentially enormous significance?

This is not a free trade agreement, or even a treaty. It does not require New Zealand to give up any aspect of its economic sovereignty to participate. There is no template to guide us on how to be involved, but an open invitation to get involved and plenty of downside risk if we choose to ignore it. That’s because BRI is clearly of interest to China and to its leadership and to a whole lot of other countries and international organisations as well – over 100 of them apparently – who have signed various memoranda of co-operation with the Chinese government. New Zealand has signed one too, a non-binding one, which commits us only to exploring options. The date for clarifying what exactly we intend to do, if we wish to proceed, is drawing closer.

That’s why the NZ China Council and its partners some months back issued its own report into BRI, both to put BRI in context for New Zealand and to provide some suggestions about how BRI could contribute to enhancing connectivity between China, New Zealand, and potentially also other BRI participants. The report sets out four areas for future co-operation – trade facilitation, innovation, creative sector and the idea of New Zealand as a conduit between China and Latin America. The report provides further detail on specific actions that could be taken in each of these four areas.

I have just spent several weeks presenting this report to mostly business audiences around the country. We have found businesses and organisations interested to see how BRI could add value to existing relationships and how BRI could be leveraged to interest Chinese partners. Some of the possible projects we have discussed could be implemented by individual companies, others by regional agencies, or cities and others by the government in association with its Chinese counterpart. Taken together these projects could inject some useful new momentum into the relationship with China at a time when competition is growing and the global trade environment looks decidedly shaky.

Of course, there are sceptics and critics both here and overseas who have concerns about the geopolitical aspects of BRI and about the performance of BRI projects in various geographies. On the former, we do need to be careful that our enthusiasm for BRI does not run counter to our national values and our commitment to openness, democracy and independence in foreign policy.

There is no reason it should – certainly the BRI projects the NZ China Council proposes do not get into this territory. Nor do we see infrastructure development, backed by soft loans either in New Zealand or elsewhere in the Pacific, as being a major focus. We need to move forward carefully and mindful of the implications for other relationships of importance to us.

Most New Zealanders, not directly concerned with doing business in China, need not spend a lot time thinking (or worrying) about BRI. Those who are doing business with China should make sure they have at least had a conversation with their Chinese partners about how BRI could be relevant to their business plan. You don’t need to be a marketing genius to know if something is of interest to your customer, it should be of interest to you.

At a national level, New Zealand should move quickly to clarify a plan for our participation in BRI to support other initiatives under way with the Chinese including the upgrade of our ground-breaking FTA. That plan should identify some key objectives and priorities, outline some principles for our involvement, allocate some seed-funding for pilot projects and put in place some institutional structure to manage the plan’s implementation in partnership with the Chinese side. On this long and winding road, the worst outcome for New Zealand is to be left standing there.

As published in The Spinoff.