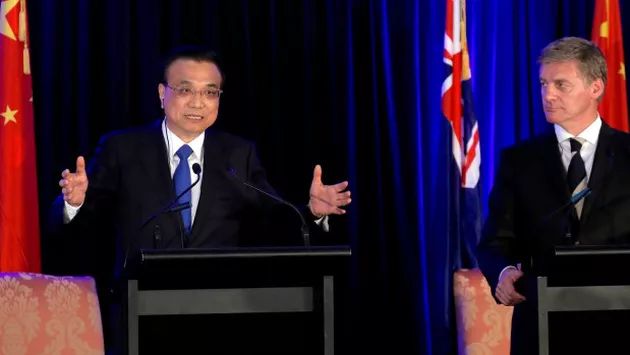 New Zealand must act on Belt and Road

New Zealand must clearly define its role in China’s Belt and Road Initiative (BRI) to build and grow the bilateral relationship, according to the New Zealand China Council.

The BRI is a Chinese-led development strategy which aims to boost global connectivity and cooperation.  Although it primarily involves trade routes between China and Eurasia, The BRI has the potential to reshape China’s economic relationship with countries around the globe.

The New Zealand China Council was represented at this week’s BRI forum in Beijing by Colum Rice, a senior partner with Council member PwC.  He says the Forum showed how seriously the initiative was being taken and reinforced the stakes for New Zealand.

“Almost 70 countries, many of which are larger and better resources than New Zealand, have now signed up.  Countries such as the United Kingdom are looking to build their economic and political ties with China by engaging with the BRI, says Mr Rice.

The involvement of South American countries at the Beijing Forum also showed how important BRI was to all countries, irrespective of their proximity to the physical belt and road at the centre of the strategy.

“In New Zealand we could sit on the edge and say ‘we are not on the map’, or we could ask ourselves ‘how do we get on the map and how do we make ourselves relevant’?”

Council Executive Director Stephen Jacobi agrees:  “Given how critical China is to our current and future prosperity that means it is important for New Zealand to carefully plan the nature and extent of our involvement,” Mr Jacobi says.

New Zealand was an early adopter of the BRI, signing a Memorandum of Arrangement during the visit of Premier Li Keqiang in March,  ahead of Australia which has yet to formally sign up to the initiative. Tertiary Education Minister Paul Goldsmith attended the recent Beijing events.

“This shows we’re serious about growing our relationship with China.  Now we need to plan and articulate exactly how New Zealand can support the BRI.  This is likely to be more about finding ways to assist China in boosting connectivity along the Belt and Road than it is about infrastructure development in New Zealand” Mr Jacobi says.

In coming months the Council, working closely with the Asia NZ Foundation plans to refine its thinking in the light of the Beijing Forum and present some options for New Zealand business.

“The Belt and Road is an initiative of phenomenal breadth and scale. New Zealand needs to establish what our value proposition is to the BRI and take practical steps to demonstrate that value,” concluded Colum Rice.