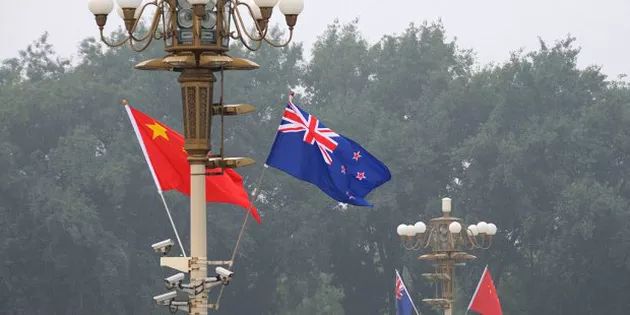 2017: A year of growth and commemoration for NZ and China

2017 looks set to be an important and memorable year for the New Zealand China relationship.

Firstly, a visit to New Zealand by Premier Li Keqiang is expected in the coming months. This is exciting news and demonstrates the great value China places on its relationship with us. We can anticipate and look forward to renewed commitments to growing trade, cooperation in science and culture, people-to-people connections and more.

In the field of economic cooperation, this year has got off to a great start. The Taniwha Dragon Economic Summit was held in February to promote opportunities for Maori led businesses with China. These businesses already export $200 million a year to China, and the summit hoped to grow this number significantly.

There are some great projects around the country where Maori and Chinese are working together to achieve common goals. I recently heard about Peppers Carrington Resort in Northland, where the new owner Shanghai CRED Real Estate is working with local iwi to ensure Maori cultural frameworks are understood and respected at the property.

Chinese language learning in New Zealand is getting a real boost this year, with the arrival of 144 Mandarin Language Assistants who will teach primary and secondary school students all over the country. This is the largest number of assistants to arrive from China and shows real demand from schools for Chinese.

Later this year in Beijing a “One Belt, One Road” Forum is being held in Beijing. That will be an opportunity for us to explore in greater depth how New Zealand can contribute to this bold new initiative on the part of the Chinese leadership, building on our membership of the Asia Infrastructure Investment Bank.

2017 is also a year of milestones. This year marks the 45th anniversary of the establishment of diplomatic relations between China and New Zealand. While many people may not appreciate the significance of this anniversary, it reminds us New Zealand was among the first Western nations to recognise the Peoples’ Republic of China in 1972. Our relationship has since been marked by a number of other ‘firsts’, including our ground-breaking Free Trade Agreement which will be ten years old next year and which the two governments hope to upgrade before then

The New Zealand China Council provides high level support for all these activities. We are a small organisation, but our mission is big: to demonstrate to all Kiwis that China is much more than a country to sell things to. The Council is made up of a diverse group of influential New Zealanders, with interests ranging from trade and investment to tourism and education. But the one thing that connects us is our passion and enthusiasm for China and the opportunities the relationship brings to New Zealand.

In the context of our wide-ranging relationship with China New Zealand’s large and growing Chinese community plays a key role. We welcome you as immigrants and visitors to New Zealand and we are grateful for all you contribute to building diversity in our society.

We look forward to working hard throughout 2017 to share our enthusiasm for the New Zealand-China relationship with as many of you as possible.

— As published in the Chinese New Zealand Herald 10 March 2017.
http://www.chinesenzherald.co.nz/news/new-zealand/a-year-of-growth-and-commemoration-for-nz-and-china/