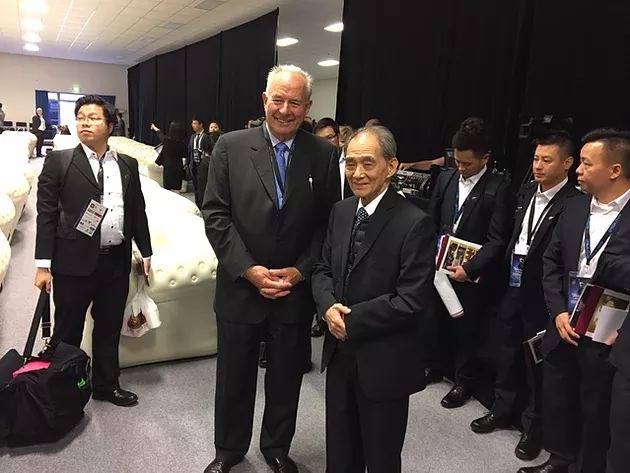 Congratulations to Ngahiwi Tomoana and Ngati Kahunugnu for their vision in organising this inaugural Summit.

Welcome to Chinese friends attending this event, a further milestone in the relationship between New Zealand and China.

The Maori people have from the earliest times been voyagers, traders and entrepreneurs. Early records show there was not just trade between the North and South Islands but with Australia.

Today the Maori economy has become a major contributor to our nation’s prosperity.

While settlements under the Treaty of Waitangi have helped enormously, the growth is also due to the culture of entrepreneurship which is increasingly evident in Maori society. Some of Maoridom’s great entrepreneurs are with us today.

Maori businesses are closely connected with the grass-roots communities from where they came: they exist primarily not just to make profits – although profits are good – but to serve communities and empower the Maori people.

Perhaps because Maori first came to these shores from elsewhere in the Asia Pacific, Maori businesses are increasingly focused on trade.

Goods exported by Māori authorities were worth $485 million in 2015. These exports include fish, lobster and other seafood as well as dairy, meat, forest products and horticulture.

Ngahiwi Tomoana has been a pioneer of this business – as has Ta Pita Sharples, who as Minister of Maori Affairs has led several trade delegations to China.

In discussions around the NZ China Council Board table, Ngahiwi emphasises the importance of developing long term relationships and win-win business partnerships.

This is particularly the case for investment where Chinese capital and distribution can be matched with Maori land-holdings and other assets.

Ngahiwi is quite clear – Maori will never sell their land but once this is understood partnerships of mutual benefit can be formed to develop long term business.

The Maori dimension is an important element of business in New Zealand as it is of the relationship with China.

New Zealand’s relationship with China is set for dramatic change in coming years.

China is already our top trading partner but the relationship is becoming deeper and more broadly based as the range of our co-operation expands.

Business ties have been forged by the FTA which came into effect in 2008. Now that FTA is to be upgraded, bringing with it the prospect of better rules for two way trade, more certainty for investment and new business models.

E-commerce, for example, is in full bloom between New Zealand and China – and Maori business needs to take full advantage of the many portals that exist to connect directly with Chinese consumers.

Similarly, President Xi Jinping’s “One Belt, One Road” vision has opportunities for New Zealand and needs to be fully explored.

Business can only flourish when there is the right environment and where there is cultural understanding.

The Maori culture is a taonga or treasure of our nation.

This Summit is a great opportunity for our Chinese friends to appreciate Maori culture, the importance of family and tradition handed down from the ancestors, the deep cultural attachment to the land and the sea, the beauty of the Maori language and expression through song and dance

Equally the Summit is an opportunity for Maori to learn more of China, its ancient history, its respect and reverence for elders, its rich and varied cultural expressions across its vaste land mass, its growing technological and industrial prowess of which the Chinese have every right to feel proud.

New Zealanders – Maori and Pakeha alike – need to deepen their knowledge of China, and of the Chinese language if the full benefit of this relationship is to be realised.

This month we have been welcoming 144 Mandarin Language Assistants who will work in our schools to help young kiwis learn Chinese. Even so only two percent of school pupils will get to learn Mandarin, while 20 percent of our exports go to China. We need to do something to bring these figures more into balance.

We are living in troubled times. Around the world new walls of protectionism and exclusion are being thrown up. New Zealand and China, and Maori and Chinese, have the chance to do something different.

This Summit is an opportunity not just to celebrate how far we have come but to see how far we can still go towards greater prosperity and social progress for all our people – Maori, Pakeha and Chinese.