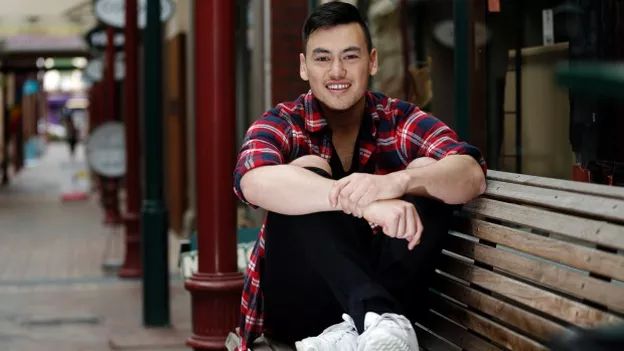 Former Mountainview High School student, now at Canterbury Universtiy, Sam Brosnahan has won a Prime Minister’s Scholarship to Asia for the second time. He won it the first time back in 2014.

Brosnahan’s first win was in 2014 when, in his second year at University of Canterbury, he went to Shanghai, China for six months.

This time Brosnahan has headed to Taiwan to study Chinese Mandarin for six weeks at the Taiwan Mandarin Institute, “one of Taiwan’s top language schools,” he said.

“It is not too hard to look at the way the world is going and anticipate this is a handy language to learn for the future,” Brosnahan said.

“China is our number one trading partner, our number one source of international students and the second largest market for incoming tourists and that is increasing all the time.

“There is a demand for Chinese speaking New Zealanders overseas and that is going to keep increasing into the future.

“China is the biggest country in the world with 1.3 billion people. In 15 years time it [is likely to] be the world’s number one economy.

“You look at these things and it makes sense to learn it.”

When he is not studying for his international business degree (a Bachelor of Commerce) and BA in Chinese language, Brosnahan works for ANZ bank in Christchurch.

Born in Singapore, Brosnahan arrived in Timaru with his Singaporean Chinese mother and Kiwi father when he was two years old. His mother tried to teach him Chinese at an early age but Brosnahan said he was too busy with his friends to apply himself to it.

“Learning Chinese was the last thing on my mind. I was learning the Kiwi culture, but growing up I realised [Chinese] would be handy,” he said.

An online application is required to obtain the Prime Minister’s Scholarship. Brosnahan had to answer questions such as “how do you make the New Zealand workforce more internationalised”, “how do you build friendships with other cultures and other countries” and “how do you intend to help other Kiwis with similar endeavours”, he said.

Brosnahan said he believed his involvement with the University of Canterbury’s Global Chinese Connection group helped towards his success in achieving the scholarship.

He encouraged other students to apply.

“We need more young Kiwis with the sort of skills to be able to thrive and excel in those markets. I think language is one aspect that is important, but even having connections over there and appreciating the culture makes a difference.

“Just to travel and experience it gives you a different perspective on life.”

A total of 156 New Zealand students have been selected to study, carry out internships or conduct research at top institutions throughout Asia as part of the first 2016/17 scholarship round.

The next applications for the Prime Minister’s Scholarship to Asia opened mid-December 2016, and close on March 30, 2017.