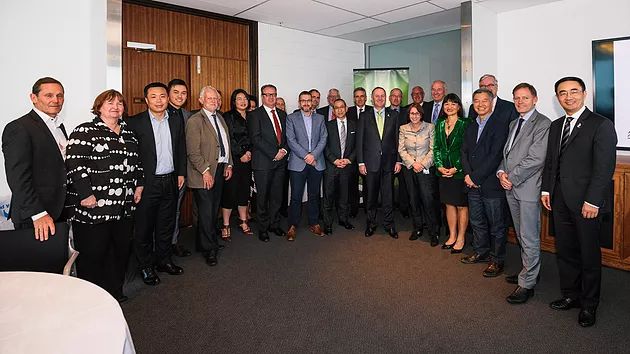 The NZ China Council was delighted to welcome the Prime Minister, Rt Hon John Key, to a joint meeting of the Executive and Advisory Boards held in Auckland on 25 November.

Prime Minister Key spoke about the importance of the NZ/China relationship and shared insights from his recent visit to Peru for the APEC Leaders’ Summit where he met President Xi Jinping. The Prime Minister noted the challenges facing the global economy and the significance of the announcement by China and New Zealand to upgrade the ground-breaking FTA that was concluded in 2008. The Prime Minister saw plenty of scope to advance the relationship and thanked the NZ China Council and its members for their ongoing advocacy and support.

“The NZ China Council is the peak body for the relationship and we are grateful for this engagement with the Prime Minister and the New Zealand Government” said NZ China Council Executive Director Stephen Jacobi. “It is important that government and non-government agencies work closely together to build a stronger and more resilient relationship, especially at this time of global uncertainty. ”

The meeting discussed a new draft strategic plan for the Council, adopted a forward sponsorship programme including key events – the Taniwha Dragon Economic Summit (Hastings, February 2017) and the NZ China Business Awards (Auckland, May 2017), and agreed to hold a major event in early 2017 focusing on developing a longer term vision for the NZ China relationship.