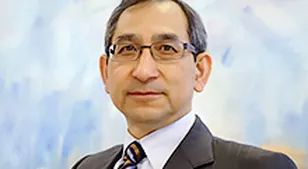 These comments appeared in the New Zealand Herald on 15 August 2016.

“I doubt very much this was written by a Chinese- the first thing is that it is anonymous, which is a danger.

There’s always a danger to respond to something that’s anonymous.

“It’s cowardly, if you want to come out and make an attack on the Chinese,front up and do it, identify yourself- so how much credibility do you give that?

“It looks it’s come out of their Black Ops department of NZ First- it presses all the “hot issue” buttons.. housing, education. I think it’s been written by a mischievous non- Chinese.

What’s your response to the quote Auckland has acquired an unwholesomely Chinese flavour?

“Again, if he says who he says he is… it’s a fair bet he’s thriving off the Chinese market. If he doesn’t like, Chinese coming to NZ he shouldn’t accept Chinese business

What do you think about the fact this person has sent the email to Winston?

“It sounds like it came from the publicity department of NZ First- he could’ve sent it to your publication. I am suspicious that Adam is not who he says he is- it’s been served up to create mischief.

Is there anything you want to say to Adam?

“Do the noble thing Adam and save Auckland by leaving I think Winston should produce the email in full so we can read it and find out where it came from.

“To quote two anonymous people from Tokyo, of all places- they couldn’t give a toss. A Japanese person wouldn’t say that… it’s more likely a white person coming to NZ might say that, not an Asian person complaining about Auckland is too Asian.

“So what’s unwholesome- about the Chinese- is it the Chinese dollars? Is it the Chinese
capital that’s building much needed Tourism infrastructure? They are supplying the capital and the man power.

“When people talk about Chinese buying up all our houses it’s a small percentage. My experience is people who are buying up are locals – they come into my office to sign up. I’m not sending stuff of to Shanghai or Beijing, they come into the office.”