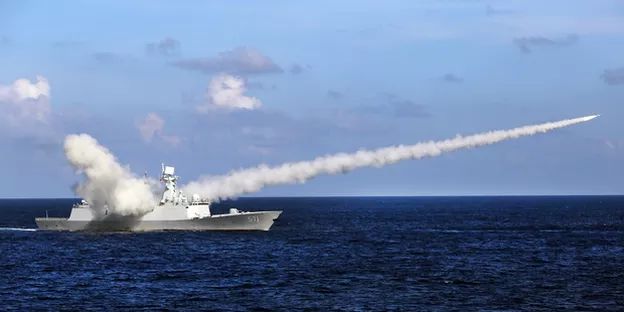 John Drinnan: Here is the news from Beijing

China pays to get its views across in NZ and Australian newspapers.

Running a monthly liftout produced by Chinese state media must make good sense for the accountants at Fairfax.

But in my view, the eight-page China Watch PR/propaganda sheet (take your pick) seems self-destructive for this respected media brand.

According to a report in China Daily, which will write the views, the liftout will appear in the Sydney Morning Herald, the Age and the Australian Financial Review. It has also run in Fairfax NZ’s Dominion Post.

It will not be the first time that ad supplements have had a political dimension, but the tone of China Watch is sometimes lecturing.

China Watch – in localised form – also runs as a liftout in the London Telegraph and the Washington Post, both of which have had strong histories of reporting on world events and are not known as propaganda sheets.

These big boys have the resources and independent journalism to balance any propaganda. With all due respect, if you want a nuanced examination of the rumbling dispute in the South China Sea, you do not turn to the Wellington broadsheet.

Fairfax NZ group executive editor Sinead Boucher distanced the company’s editorial operation from the arrangement, saying it had no involvement in what was a commercial printing operation utilising the Fairfax distribution channel.

She noted there was a clear note on the liftout saying Fairfax editorial staff and resources were not involved.

But in my opinion, the willingness to run politicised content overwhelms that distinction. Who is next – North Korea?

The good news is that China Watch features so much heavy handed PR and boosterism, only a moron in a hurry would confuse it for editorial.

The Dominion Post does not have the resources to challenge any assertions from the Chinese propaganda ministry, which the Financial Times has described as having a budget of US$10 billion.

The Australian ABC programme MediaWatch has described Fairfax as running propaganda for the Chinese.

For example, China Watch declared the Philippines did not have a leg to stand on in its territorial dispute with China, but an international tribunal subsequently found in Manila’s favour.

Fairfax is playing in dangerous waters.

Another development in Chinese government media management across the Tasman was uncovered this week.

This time it was Fairfax journalists who were sounding the alarm bell, about Chinese language media in Australia being beholden to the Beijing government (see tinyurl.com/jmmgy2y).

“Politically sensitive or unfavourable coverage of China and the ruling Communist Party has been effectively stopped outside all but a couple of Chinese language outlets as the government stepped up its efforts to filter what the Chinese diaspora consumed.”

From Ellis’ inquiries in the Chinese media (and my own) it seems that Chinese government influence is accepted as normal.

There is a danger of being xenophobic about this, but combined with the China Watch initiative, it seems the Chinese government is in a good position to put its best foot forward in New Zealand.
Tony Browne of the New Zealand China Council, a former ambassador to China and Mandarin reader, says some New Zealand Chinese language media do closely reflect Beijing’s views, but there are others that question those positions. “There is lively debate in the Chinese media in New Zealand,” he says.

The redefining of journalism will be among topics discussed at the fourth World Journalism Education Congress, which runs today and tomorrow at the Auckland University of Technology.

Organiser Verica Rupar, an associate professor at the AUT school of communication studies, says journalism is at a crossroads. It is under-resourced and understaffed “with more and more sad stories about the state of the press,” she says. “But we are also witnessing a blossoming on the fringes of journalism but not done by the professionals.”

In a world where mainstream journalism jobs are disappearing, some will question the role of education bodies pumping out more graduates. In my opinion, academic institutions remain well-resourced while mainstream media are struggling.

“At the start of every year I ask how many students really want to be a journalist, and if a third of the class say ‘yes’ I am happy.” Others knew they would not become journalists, she says, but could gain skills to put to use in other professions.

More than 220 delegates from 43 countries are attending the Congress today and tomorrow.
– NZ Herald