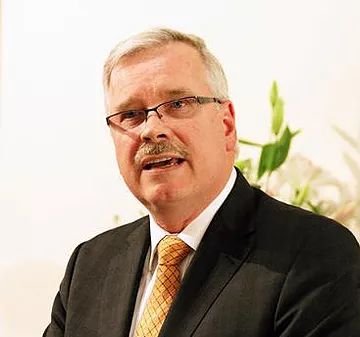 Jacobi: This is not a trade war

This opinion piece originally appeared on stuff.co.nz on 25 July 2016

OPINION: “When elephants fight, it gets tough on the grass”. I wrote this when the United States under President Bush was blocking steel imports from New Zealand and other countries. It took a WTO case to sort that out eventually and in New Zealand’s favour.

This time steel is in the news again but it’s an anti-dumping complaint which our industry, or so it is alleged, is taking against steel imports from China.

The quality of imported steel has been in the news, but anti-dumping is not about quality.

It’s about whether steel is sold under the market price in the sending country and whether this has had an injurious effect on our domestic industry.

Dumping is notoriously difficult to prove but it is, quite legitimately, a remedy available to domestic industry when it feels it is subject to unfair competition.

The processes for these complaints are defined in the WTO Anti-Dumping Code and are referenced in the NZ China FTA. Under the FTA New Zealand is obliged to inform China when a properly constituted anti-dumping application is accepted.

There is no mystery about this – it is part of normal trade relations between countries operating within a recognised framework of international trade law.

But mystery there has been over the last week or so as the Chinese reaction to the possible New Zealand case and others launched by other countries has been the subject of speculation.

At times the mystery resembled a game of Cluedo – who spoke to whom in China and threatened a trade war?

No-one should expect the Chinese Government to have been thrilled to learn of the possibility of another anti-dumping action.

But the actions described – messages passed to New Zealand exporters possibly from industry rather than official sources – hardly seem to reflect a deliberate strategy with the aim of dissuading action by the New Zealand Government.

In any event the likelihood of retaliatory action has now been dismissed by the Chinese Ambassador.

There are some bigger lessons to be learnt from all this.

Fortunately we have, through the WTO and our FTAs, the rules, protocols and processes to deal with them and to ensure that they do not escalate into trade wars.

That’s the chief advantage of trade agreements which detractors fail to grasp. Rules are better, especially for smaller economies, than no rules at all.

The second lesson is that when it comes to dealing with China we need to realise that this is a big country with layers of officialdom and complex Government ties with industry, with multiple points of contact with New Zealand businesses.

The random acts of individual officials do not necessarily reflect the considered policy of the Chinese Government.

This is not to say that New Zealand companies operating in China should not be alert to potential risks.
Indeed it is good to see that our leading exporters in China have people on the ground who can hear the jungle drums.

But these messages need to be seen in context.

The third lesson, and one we have learned with a number of large economies including the United States, the European Union, Indonesia and even our good friends Australia, is that we are not without protection from the WTO in the event trade disputes are not possible to solve at the bilateral level.

In these circumstances a clear head and a firm resolve are the best ways to meet challenges head on.
In the case of steel we will have to see where the anti-dumping process leads.

We should not let this cloud our judgment or our overriding interest in continuing to build a multi-faceted relationship with China which is based firmly on the rule of law and mutual respect.