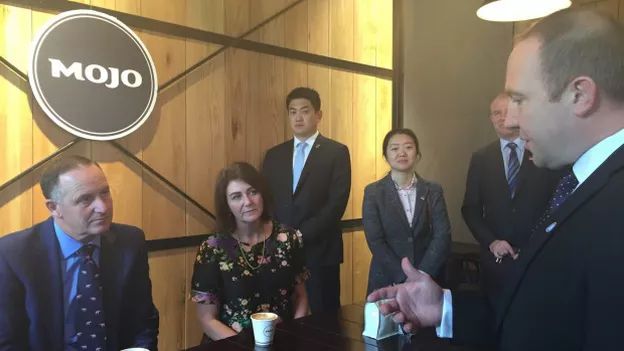 Prime Minister John Key is betting his “bottom dollar” that Chinese tourism to New Zealand will reach one million visitors a year, but it is unlikely there is the infrastructure to cope with the numbers.

The “good new part of the story” was tourism had picked up the slack, whereas other parts of the economy had been “a bit softer”, said Key.

“If you think about things like Chinese new year, they’d been a massive boon and extension of the general peak period. There’s no question that we actually do need to build more infrastructure.

“So the air connectivity part of the equation was lifted dramatically, and we’ve seen lots of new carriers return to New Zealand. The point about the infrastructure at the peak is right, we need to build more of that.”

Key told media there was an “infrastructure deficit” in New Zealand, as he travelled through China on a trade mission.

“FuWah is a good example of that with the Park Hyatt (in Auckland), but actually there’s a lot more that needs to be built, and we also need to continue and work on bringing more tourists to New Zealand in off-peak times.

Key made the comments as he took in the Chinese sites at Xi’an, part way through a trade trip to China.

An unexpected small win with Chinese leaders on trade earlier in the week gave the Prime Minister breathing space to take in some of China’s sites.

He visited a New Zealand business hub and saw the famed Terracotta Warriors with his family, in the middle of a week-long flurry of talks canvassing international trade, security and the extradition of alleged economic fugitives.

Joined by wife Bronagh and son Max, Key and his delegation of more than 40 leading New Zealand business men and women flew from Beijing to Xi’an in Shaanxi Province on Tuesday night.
During a whirlwind 48 hours, Key held talks in Beijing with Chinese Premier Li Keqiang and President Xi Jinping.

Focused on progressing talks towards a formal negotiation to upgrade New Zealand’s free trade agreement, the outcome of meetings with Li were unconvincing.

But Key’s meeting with Xi on Tuesday night (local time) gained him an assurance the two countries would discuss a possible framework for formal negotiations when they meet at APEC later in the year – that, and an assurance dairy would be on the negotiating table if upgrade talks go ahead.

While Key maintains the two issues are not dependent on the other, New Zealand has indicated it could be open to an extradition treaty with China, as the country tries to clamp down on corruption and hold a number of economic fugitives to account.

New Zealand would only send back such individuals, however, if China gave assurances they would not face the death penalty.

In Xi’an, Key took the chance to enjoy a taste of home, sipping coffee from Wellington chain Mojo – one of a number of familiar shopfronts in a special New Zealand showcase hub, opening in June.
He was led on an exclusive tour of the famed Terracotta Warriors – built more than 2500 years ago to guard the tomb of China’s first emperor.

A major tourism announcement is expected on Thursday. Among China’s requests in free-trade re-negotiations are extended visa periods, and a streamlined application process.

Immigration Minister Michael Woodhouse announced changes for visa applicants from China on Tuesday, which would include the introduction of eVisas for Chinese nationals applying online and a Chinese version of the RealMe logon service, providing a complete online Chinese language application process, from registration to approval.

This article originally appeared on stuff.co.nz