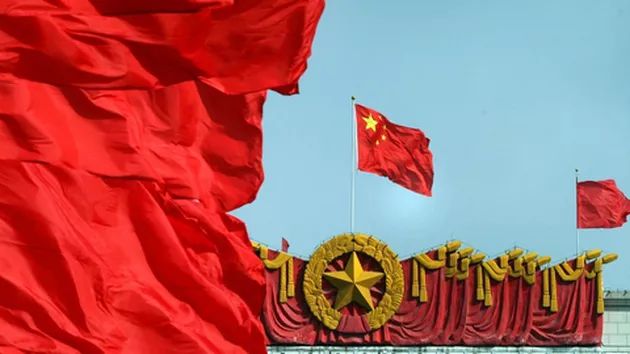 Key with Xi: ‘It’s the most direct I have been’

In Beijing this week, John Key – drawing on his former career as an investment banker – staked out the basic deal he wanted from Chinese President Xi Jinping.

Key had come to China for crucial “facetime” with Xi and Premier Li Keqiang. He wanted to make progress towards an upgrade of the 2008 China New Zealand free trade agreement.

There is a perception that New Zealand’s dairy exporters (read Fonterra) have been disadvantaged by more favourable terms in China’s recent FTA with Australia.

With the discussions stuck at officials’ level it was essential for Key to have “facetime” with Xi and Premier Li Keqiang to get some movement.

In an interview with the Weekend Herald, the Prime Minister shed some light on his talks with Xi.
“I said to him the AIIB [Asian Infrastructure Investment Bank] was really important to you guys – we were [the] first country to back you.

“I spoke to lots of other leaders to get support for you,” Key related.

“So that’s mattered to you [China] and this matters to us.”

Key said that was probably the “strongest we’ve ever been” in top-level bilateral talks.

The Prime Minister has played a confident – if safe – hand in his lengthy relationship with China’s senior leaders.

It’s no accident that at an earlier meeting with Xi, the Chinese President’s opening gambit was to bring up Key’s golf game with Obama: “Who won?”

When it comes to international relations, Key’s greatest strength is his ability to forge personal connections with other leaders. Over eight years as Prime Minister he has got to know personally many political leaders in the Asia-Pacific region and earned the respect of China’s rulers for his political longevity.

But even before he set foot in Beijing on his sixth visit to China, the state-run media had warned Key not to raise the South China Sea if he wanted to make progress on trade.

News agency Xinhua claimed New Zealand had implicitly criticised China by stepping up its calls against militarisation and reclamations in the South China Sea. Key has not resiled from New Zealand’s position. But he has also been careful in his public comments while in China.

“The President talked a lot about the South China Sea,” Key related.

“Most of it was off-script,” he said.

“He told us what he’d told Obama, what he had told Abe – all these guys – so basically quite animated on how they see the issue.”

Key said he reiterated New Zealand’s position. The President said that China had a long-term interest in a peaceful resolution because regional instability would not help its economic development programme.

“But also very, very strong on the view that there has never been aggression – it’s not an issue. In as much as there is a debate about territorial rights they’ll sort it out with the relevant country.”

New Zealand’s basic position is that China is embroiled in a territorial dispute. Key has not taken sides and has publicly said New Zealand wants to see the parties reach a peaceful resolution between themselves.

Key believes that China will try to accommodate the proposal for an FTA upgrade. His pitch to Xi also focused on the “sheer politics” of it – even though Australia is not a huge dairy exporter and their primary focus was minerals and to a certain degree beef, everyone knew China had given a great deal to Australia on dairy.

“They said, ‘Yes, but they’re not going to use it’. I said ‘that’s true but you still gave it to them’.”
It will not be plain sailing. Xi is worried about pressure from China’s 2 million dairy farmers.
“I think if the economy was really going gangbusters they would be less worried about that and say it is part of the natural change process that is happening … But … they are just a little bit cautious of exactly how it is playing out.”

“They really started trying to test whether we would accept an upgrade without dairy or whether to just allow things to run off naturally in 2024 [when dairy tariffs go to zero].”

Key said there was a change between the two meetings.

“Li started saying we need all this co-investment – I said we are already doing it,” he related to the Weekend Herald.

“Because apparently Fonterra really have $1.5 billion up here – Beingmate, the huge investment in farms, food safety, scholars to New Zealand and they have created 1600 jobs.”

Two Chinese dairy companies, Yili and Yashili, were also getting all their milk from Fonterra.

The FTA safeguards (higher tariffs that kick in when volume threshholds are passed) are costing the NZ dairy industry more than $100 million annually. This is hurting at a time when dairy farmers are under pressure through the commodities slump.

Key said he told the President the New Zealand Government was not saying it wouldn’t embark on an FTA upgrade without doing more for the NZ dairy farmers, and, “we know you’ve got the politics of the 2 million farmers.

“He said, ‘Truthfully you are 40 per cent of our imported dairy products and you’re always going to have the biggest market share’.”

Key said New Zealand’s risk is that relative to Ireland and Holland, we get a smaller share.
Key said Xi also gave him an assurance that China was not going to be protectionist, making a blunt point that Chinese consumers want New Zealand’s products as they don’t trust local products’ food safety.

Key also reiterated that China chose NZ as the first OECD country to do an FTA with because it wanted to demonstrate to the rest of the world it could do it.

“I said the world also looks at how we deal with these issues as they progress because FTAs are a living thing, really.”

The reality is that China will not move on the FTA upgrade until the President gives a firm signal to the bureaucracy.

“The person who will make it move is Xi Jinping,” Key said. “Not just because he is the most powerful President since Mao. But because it’s their system,” he said.

“In the end if we don’t get there it certainly will not be for want of trying.

New Zealand will back China to join the Trans Pacific Partnership (TPP) “should it wish to do so”. That is the assurance John Key gave Chinese president Xi Jinping during a high-level meeting at the Diaoyutai State Guesthouse in Beijing on Tuesday evening.

“I said to him [the President] if China wanted to join TPP we would support China,” Key told the Herald.

Key earlier used his speech at Tsinghua University to stake out a public position on TPP outlining that New Zealand had been in dialogue with China on the issue for some years.

“New Zealand wants TPP to expand its membership and would welcome and support China joining TPP in future should it wish to do so,” he told the students.

Key’s positioning was noted by the President in their subsequent talks.

“He thanked me for that,” Key said. “He said I have seen your public comments before and they are quite helpful.

“He said they were studying TPP to see what the substance is and made the point that others must have an open approach to China’ s leadership. On this matter an open attitude by the founding TPP members is important.”

G20 invitation
China has invited New Zealand to take part in the G20 trade ministers meeting which will be held in Shanghai on July 9.

Key confirmed the invitation had been extended to Trade Minister Todd McClay to join the elite gathering.

“It shows you that they think that we are serious players when it comes to trade.”
China took over the G20 presidency in December 2015.

“Global trade plays a weakened role as an engine for economic growth as its growth loses steam. Therefore, G20 members have a strong will to strengthen trade and investment cooperation,” a Ministry of Commerce (MOC) spokesperson said earlier this year.

A G20 Trade and Investment Working Group was also established this year following a proposal from China.

The meetings of trade ministers and the working group will allow G20 members to hold in-depth talks on topics including trade and investment mechanisms, global trade expansion and multilateral trading system development.

Efforts will be made to let the G20 play a bigger role in global economic and trade governance, fighting trade protectionism and driving global trade back to strong growth, said Ministry of Commerce spokesman Shen Danyang.

The two-day meeting will be held in advance of the G20 Hangzhou Summit on September 4 and 5.

The Chinese President does not give media interviews after these bilateral meetings. But a formal statement said China stands ready to work with New Zealand to seek further development of their comprehensive strategic partnership on the basis of mutual respect, equality and reciprocity.

From a business perspective, Xi commented that China hopes to build a long-term agricultural partnership with New Zealand, and Chinese companies look forward to participating in New Zealand infrastructure construction.

“The two sides can join our development strategies and work together to cultivate new growth points of co-operation in bio-medicine, energy-saving, environment protection and innovative industry,” said the President.

Xi also looked forward to closer co-operation with New Zealand in the Asia Infrastructure Investment Bank and other multilateral mechanisms.

This article by Herald columnist Fran O’Sullivan originally appeared in the New Zealand on April 23, 2016