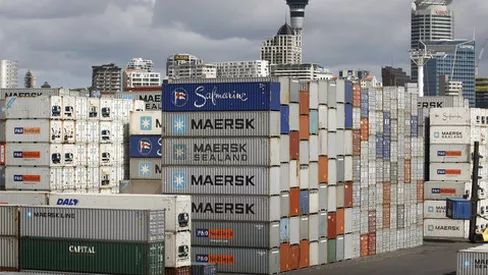 Exports on agenda at Partnership Forum

Regulatory niggles facing exporters and an upgrade to New Zealand’s free trade agreement with China will be among the issues discussed at a trade forum in Beijing this week.

More than 60 business, community and government leaders are heading to the Chinese capital for the second New Zealand China Partnership Forum, which begins on Wednesday.

The forum comes amid slowing growth in China and increasing fears about the outlook for the world’s second biggest economy.

A decline in exports to the Chinese market this year has seen China slip back behind Australia to become this country’s second biggest trading partner, according to the New Zealand China Council, which co-hosts the forum.

Council chairman Sir Don McKinnon said it was important to maintain the momentum New Zealand had built up since the free trade agreement with China was signed in 2008.

“Although there has been some decline in exports to China over the past year, it has by far and away been our strongest export growth market since 2009,” McKinnon said. “We’ve also had good growth in the number of Chinese tourists visiting New Zealand and students coming here to study.

“Both of these sectors are critically important as export earners and drivers of employment,” he said.
Specific objectives at the forum included smoothing out local exporters’ regulatory issues, McKinnon said, adding that he would mention the FTA upgrade in his address to the event.