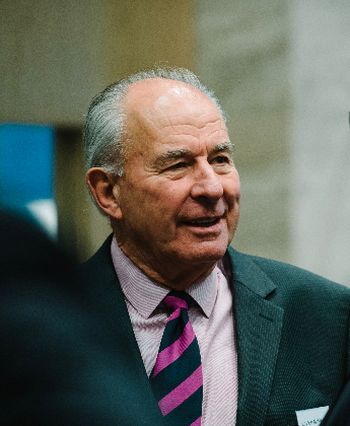 Sir Don Mckinnon: China will be listening to housing debate

New Zealand is far from alone in having a red hot property market. Headlines in Australia, Britain and Canada paint a strikingly similar picture to our own, and many of the causes are very familiar.

Offshore investment is one of these, alongside property tax law, land supply, lending rules, migration, planning restrictions and a host of others. We live in a world where trade and investment flows, like people flows, are increasing across almost every border.

We need to remember every successful economy has a big large city which draws people from everywhere, and that’s a good thing. Nor should we forget that with a downturn in the Australian mineral economy, many New Zealanders have returned home, creating a migration inflow of some 40,000 people. These are not empty houses awaiting these returnees.

As a country we have benefitted from inward investment significantly. The $6 billion increase in our exports to China over the last five years probably kept the New Zealand economy out of recession, especially as traditional markets like Australia shrunk over the same period.

Unlike shipments of logs or powdered milk however, housing pushes emotional buttons. No one wants our rates of homeownership to decline any further. So it’s unsurprising to see political sensitivities increasing around offshore investment in property, especially when young families find themselves priced out of the market.

But the way we respond to this situation will have ramifications. Regardless of whether comments are made for domestic audiences or not, they are picked up and translated globally. It is not lost on China when comments are made in relation to Chinese investment but not investment from other countries, for example.

As a country we need more capital, from China and elsewhere, to grow our industries and employment. There are some real success stories going on in the regions where Chinese capital is helping create highly paid, skilled workforces where previously there was depopulation and economic hardship.

We do need to address the soaring property market seriously. Diverting overseas capital to where we need it most and away from residential housing is one option, alongside changes to visa regulations or controls on the powers of local government.

We also need more information about everyone who buys property in New Zealand, not just those with Chinese names. The Government should collect more information on those buying homes and from where, which new regulations coming into force in October will effectively do. It’s unlikely that it is only Chinese speculators driving up the prices of houses in Auckland.

But first we should agree housing is a complex public policy problem requiring action on multiple fronts. Auckland needs to ensure the supply of land and houses meets the demand. This means gathering definitive evidence on all contributing factors, including offshore investment.

Only then can we have a balanced and informed national debate on housing that avoids sending mixed messages that could affect our much valued relationships with overseas partners.