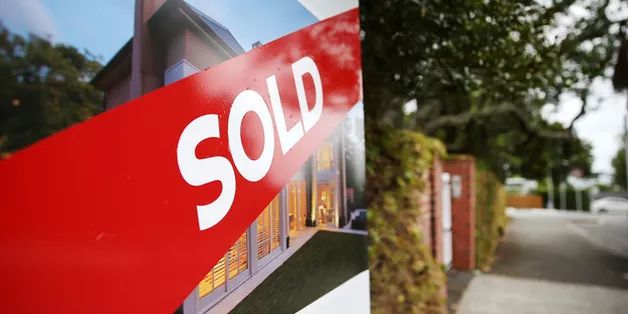 The debate around what to do about Auckland property, and the role of non-resident buyers in driving up prices, has started to gather considerable heat in recent weeks. In the last few days the focus of the debate has been framed in terms of race and ethnicity, rather than a public policy question, where we can draw on lessons and policy responses from elsewhere in the Asian region.

This is unfortunate, as there is an increasingly clear case for action. It is time to blow the whistle.

That it is a debate about China is unavoidable. China is the rising economic power of our region, and like the United States in the first half of the 20th century is making its presence felt.
And like the US in the early 20th century it is proving prone to financial manias and bubbles. In the first 30 years of the 20th century the US had the 1907 stock market crash, the Florida land boom of the 1920s, and the equity mania which ended with the 1929 crash. China is echoing this experience.
This bias to financial manias has been evident in recent weeks. What began in China late last year as an equity bull market based on expectations of reform and liberalisation was transformed this year into a full blown equity mania, as margin debt exploded to an unprecedented level.

In less than 12 months, official and informal margin debt rose by Y4-6tn – over 1 trillion New Zealand dollars. And as the margin debt boom started to unwind from late June, the Chinese equity markets slumped, leading to the official intervention of the last couple of weeks. Prior to this China had seen an equity boom / bust from 2006-2008, and property booms in 2005-07 and 2009-11. So far, a property bust has been avoided.

In recent months there has been a rising sense in New Zealand that the Auckland property market is in danger of becoming a mania. Auckland house prices have diverged from the rest of the country in the past, such as 1995/96, but never to this degree – or with such persistence.

Moreover, the sense that this is a boom driven by non-resident capital has grown stronger over time. What we have lacked, though, is data. The measures announced at the budget are good ones, and will over time give us a much clearer sense as to who is doing the buying, but we need the data today, not in 18 months’ time.

In such a data void, it is natural that people look for informal data sets. While Phil Twyford’s data set based on names created a storm, and is less than ideal given it is implicitly based on ethnicity, rather than residency or citizenship, it does provide a sense as to the extent of non-resident demand for Auckland property. This is consistent with what has been observed in property markets as varied as Singapore, Hong Kong and Vancouver.

Across the Asia-Pacific region the anecdotal evidence of demand for offshore property by Chinese residents is overwhelming. China is unique in financial history, in that combines a huge stock of financial assets with ill-defined property rights and a still evolving rule of law. This mix combines buying power with demand for assets with certain property rights, such as houses on freehold land. We have not seen this before, as typically foreign investment by individuals has been financial – equities, bonds and mutual funds.

Financial assets in China exceed Y245tn – or nearly 60 trillion New Zealand dollars. As China opens up, more of this capital is free to flow abroad. In the last 12 months, net capital outflow from China has reached as high NZ$650bn – or nearly three times New Zealand’s GDP.

Sitting in New Zealand, the enormity of these numbers is hard to comprehend. Moreover, more liberalisation is on the way. China is looking to implement a programme called QDII2, which will significantly expand the number of Chinese residents eligible to invest abroad in both financial assets and property.

To express concerns about the potential impact of these flows is not racism; it is sensible macro prudential management. We need to ensure that the capital flows into the property market do not prove destabilising, or create the risk of financial or asset shocks in New Zealand. Moreover, there are very real distributional effects that as New Zealanders we should be very concerned about; inequality matters.

Fortunately, Singapore and Hong Kong – and some cities in China – have been down this path before. We can draw on their experience. Singapore imposes a 15 per cent stamp duty on non-resident purchasers of residential property, as does Hong Kong. In China, in order to restrain the property boom in 2011 cities such as Beijing and Shanghai – amongst others – imposed a blanket ban on non-resident purchases of residential property, which in practice blocked purchases by Chinese residents from other provinces.

I believe we should take the lead from Singapore and Hong Kong and impose a 20 per cent stamp duty on non-resident purchases of Auckland property. Moreover, we should use the measures announced at the last budget on IRD numbers and NZ bank accounts to ensure that any resident purchaser is the beneficial owner.

This is not an anti-Chinese policy, in the same way that the Singapore, Hong Kong and Beijing property measures are not anti-Chinese. It is a macro-prudential measure, designed to prevent a property bubble. It would not apply to the rest of the country, where property price pressures are subdued. There would have to be research on how this stamp duty would fit with our FTA’s, but the point is that it is not a blanket measure. It is a macro-prudential response to rising risks in a specific city. Non-residents would still be welcome to buy outside of Auckland with no duty.

The proceeds of the stamp duty could stay within the Auckland economy, with the duty receipts contributing to a sinking fund for Auckland infrastructure. As the Chinese leadership likes to say, this would create a win-win for Auckland – and for New Zealand.

This opinion piece originally appeared in the New Zealand Herald