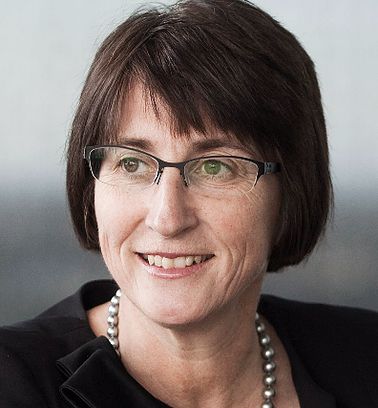 Cathy Quinn: No room for complacency in our relationship with China

Every time I visit in China I sense energy, positivity and aspiration. I find it invigorating and refreshing, despite the smog, dirt and environmental issues that are unavoidable in a country undergoing rapid growth in population and urbanisation.

More recently, I’ve sensed a growing pride amongst its people that China is now rightfully seen by the world as a superpower.

Ordinary Chinese seem determined to succeed and get ahead in life. Perhaps it comes from the lack of a welfare system – in China you need to pay for your children’s education and medical needs. There is no state safety net. The only way to look after your family is through working hard, saving and investing.

Chinese enterprises I have met also seem proud of their achievements and are equally determined to grow and become more successful. Many aspire to be global players and leaders in their fields.

I’ve had no sense of a pending economic meltdown. One New Zealand entrepreneur I recently met who has lived in China for 20 years said to me that while the period of easy growth from modernisation is over, growth will still occur, albeit at a slower rate than in the past.

In his view, China is going through profound change. It should no longer be regarded as a cheap place to manufacture (labour costs have risen as the economy has grown). President Xi has unleashed reforms to make state enterprises more productive and competitive – in part to drive down the cost of healthcare, education and other basic needs. The reforms in his view are much needed, and while they will be unwelcome to some, they will deliver benefits for ordinary Chinese and the Chinese economy.

President Xi’s crackdown on corruption is also popular and again seen as necessary. People I spoke to believed that the President acted as the extent of corruption was threatening to topple the entire system.

There are plenty of anecdotal stories about sharp reductions in the sale of luxury branded goods, fall off in demand at high end restaurants, and state servants willing to leave their positions and work in the private sector, given their drop in real income in this new environment.

President Xi is seen as having consolidated his power. A number of powerful political figures have fallen under the crackdown on corruption.

The extent of China’s pollution is definitely a problem that needs to be addressed. It surrounds you not only in cities like Beijing and Shanghai but even on the Great Wall or supposed scenic spots like West Lake in Hangzhou. When I ask Chinese about it and whether President Xi will also do what is required to tackle this problem, their consistent answer is yes as it is becoming a political issue. One astute Chinese woman I spoke to noted that pollution affects everyone no matter what their status or wealth. She was certain it would be solved and noted that steps were underway, but also that much more needed to be done.

On the foreign investment front, Chinese enterprises are very interested in investing outside China and continue to look to New Zealand for agri, food opportunities, real estate and others. The interest in agri isn’t limited to dairy – it includes a range of food for the growing middle class, consumer goods and products, food stocks for animals, and technology to make their businesses more efficient.

In my view New Zealand should not take these opportunities for granted. Australia is looking to take advantage of its new FTA with China. Western Australia believes it has a comparative advantage over New Zealand – it has many of the same resources as New Zealand, but is closer to China, and Perth is on the same time zone as Beijing and Shanghai .

Something I noted on my most recent visit was how widely the visit of Premier Li Keqiang to Latin America was reported by Chinese media. China is offering to invest heavily in Latin America. In January this year, President Xi pledged investment of $250 million in Latin America over the next decade. Amongst other things, certain Latin American countries are seen as a source of dairy, agricultural and food products.

Given the opportunities China presents, New Zealand businesses should be thinking carefully about their strategies for China. We should not be put off by its scale or the differences in our cultures. We need to understand and respect those differences. We should not make the mistake of applying generalisations about Chinese people – just like New Zealanders and other nationalities – each person has unique experiences, personalities and very different drivers.

We also need to beware of those claiming to be China experts (it’s a complex and diverse country), due to their nationality or otherwise. Given its obvious difference from New Zealand it is easy to see how some might see a market opportunity to claim to be an expert – and the desire by New Zealanders looking for help to tackle China as a market, to seek out those that proffer expertise.

China is a huge and complex country with a massive population and varying levels of sophistication. We also need to appreciate that other countries are looking to mine the same opportunities that we are. We cannot be complacent, and we cannot afford another scare such as the Fonterra botulism event of 2014.

If we seize the opportunities before us and deal with our Chinese counterparts from the perspective of building long term sustainable relationships, we will gain much as individual businesses, and as a nation.

Cathy Quinn is an Executive board member of the New Zealand China Council and Chair of Minter Ellison Rudd Watts.