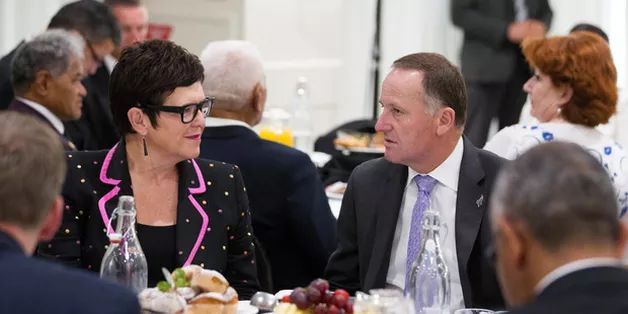 Former Prime Minister Jenny Shipley wants New Zealand firms to take advantage of her appointment to the board of the Boao Forum, which is made up of global political and commercial leaders, to seek business opportunities in Asia.

Shipley was appointed to the board last month at the forum, which is focused on setting up the ‘One Belt, One Road’ initiative to build infrastructure across Asia and the establishment of the Asian Infrastructure Investment Bank.

New Zealand was a foundation member of the Boao forum and Shipley says her appointment is an example of the strong ties with the region.
“They always comment that New Zealand is small, but a very honest broker,” Shipley told BusinessDesk.
The New Zealand China Council, which counts Shipley as a board member, is working on a strategy for its business members and the wider business community can benefit from her presence on the Boao forum board.

“We sense a strategic opportunity being on the board,” she said. “The board creates the agenda of what can be discussed.”

The forum has grown to become a major event for world leaders to attend, in much the same way the Davos forum in Switzerland does.

This year it attracted the likes of Microsoft founder Bill Gates, Tesla chief Elon Musk and Baidu head Robin Lu, who discussed the significance of innovation in building a sustainable future.
The former New Zealand prime minister has developed long ties with China, including a six-year stint on the board of China Construction Bank.

She has since retired from the parent lender, but chairs its New Zealand subsidiary.
Shipley was today appointed chair of food exporter Oravida, which is looking to accelerate its growth aspirations in China where it has carved out a niche as a high-quality food supplier.
Former Sanford managing director Eric Barratt was also appointed to Oravida’s board.
Shipley said China’s plan to build infrastructure across Asia should help drive economic growth across its neighbours, which in turn would protect its own pared-back growth ambitions.

Policy-makers in the world’s second-biggest economy are trying to transform its traditional modes of industrial activity to a more consumer-driven economy with a high level of services, while at the same time contending with a high level of local government debt and a stalling housing market.
That’s prompted a series of stimulatory measures by policy makers, including two interest rate cuts by the People’s Bank of China, in a bid to reinvigorate the economy.

Despite some of these recent blips, Shipley is optimistic about the strength of the Chinese economy, and the ability of Chinese policy-makers to overhaul their regulatory frameworks during the shift to a more open economy.

She points to the rapid rise in wealth, with the lifting of more than 100 million people from poverty over the past decade as testament to the political will to achieve substantial chance, and expects the investment in infrastructure across China’s west will have a similar effect.
Those maturing frameworks are something Shipley says New Zealand firms need to pay close attention to.

“It’s a highly direct, regulated, rules-based system – there will be a step-by-step opening up,” she said. “It’s an important time for China.”