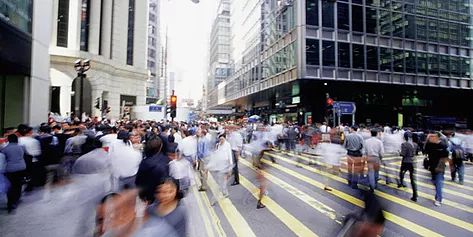 Shanghai stock market has soared 68% in the past six months despite the concerns of some economists.

‘Young and fabulous,’ it says on the teenager’s T-shirt, in big gold letters. If it is meant to be ironic, it isn’t. She thinks she’s a pop star as she and her friends dance in sync before the giant video screen in Beijing’s Sanlitun shopping precinct.

And why wouldn’t she. There’s a DJ, strobing coloured lights in all directions, pop art sculptures and pop-up food trucks scatted around the outdoor mall which is home to Emporio Armani and all the big luxury chain stores you could think to name. This is young and fabulous China.

Here at the heart of the capital, just a short walk from the ancient Forbidden City, is a world that seems divorced from history, politics and even concerns of an economic slowdown.

Of course around the next corner you can always find the kind of grim poverty that rattles fresh-eyed New Zealanders.

There’s nothing new about these contrasts. The glitz and the grime.

These are the dynamics of China in the 21st century.

A shift from 7.5 per cent to 7 per cent GDP growth this year surely won’t change this.

But how about 6.8 per cent? Or lower. There are plenty of bearish signs that the Chinese economic slowdown could land on the downside.

How about the falling property market? Cranes and ghost skyscrapers still dot the skylines of China’s big cities, yet prices are already falling.

Could a property slump stall the banking system as it did in the US last decade? Or do Chinese rules about minimum deposits (30 per cent for first homes, 60 per cent for second) give it a safety buffer.

What about local government debt? One trillion RMB’s worth of which must be rolled over this year. Massive infrastructure investment in the past decade, not all of it well allocated or likely to deliver a return, must be paid for some day.

The central Government is allowing new bond issues but may soon demand more dramatic measures such as privatisation.

There may be vested interests that resist these moves. China’s economic equation can never be divorced from politics.

Moves to stamp out corruption and recentralise power over regional economies are a very real part of the rebalancing act.

By any measure that links prices with earnings this looks like a bubble. Yet retail investor enthusiasm shows no sign of letting up. If anything it is spilling over into other markets like Hong Kong and further afield.

Could a market crash stall economic growth or is China’s market safer than America’s
For now banks are still banks and brokers are brokers. The financial structure is more like the US before the ill-fated removal of the Glass-Steagall Act. But that could change.

What about shadow banking, which could undermine all that best practice regulation.

Everyone, including Chinese officials, is highly attuned to these risks.

The managed transition to a “new normal” – a slower, more sustainable growth rate, led by consumption and a higher waged service sector – is no easy process. That’s as much a part of the official story as it is part of the bearish views being delivered to high end Western corporates and investors by boutique financial analysts.

In a week in Beijing I’ve met people from both ends of the spectrum – businessmen, economists, financial market analysts and journalists. They tell a similar story of dramatic change but with differing degrees of optimism or, increasingly, pessimism.

For the young telco entrepreneur in central Beijing the boom is still in full flush. His challenges are those driven by high growth.

Wages for skilled tech workers are still rising 15 to 20 per cent year on year, he says.

But some of the economists have become extremely bearish about the chances of a soft landing – whatever that is.

If you’re a manufacturer or construction worker in an outlying province or second tier city, things could get tough in the next few years.

The infrastructure and manufacturing slowdown doesn’t bode well for hard commodity prices. If Australia is rattled by this, it should be.

But consumer confidence is high in the big cities. The success of this great economic transition won’t be measured by the pain in the provinces, it will be measured by the spending and consumption of the middle classes. That’s good news for New Zealand – probably.

We can never know the answers to how China’s economic story will play out. It’s vital, though, as New Zealand’s reliance on China grows, that we understand the questions.

This week I head to Shanghai, after a brief stopover in the second tier city of Tianjin (just 14 million people). I’ll collect more expert views and no doubt come away with even more questions.

Hopefully I’ll bring some sort of order to it all when I return. I’ll certainly be bringing back some colourful stories.