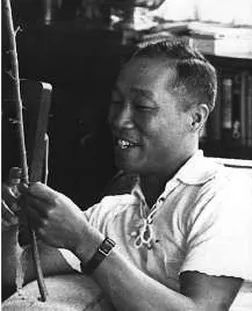 Plant & Food Research has strong tradition of collaboration with China, dating back to the 1940s when esteemed Chinese horticultural scientist Li Lairong first arrived in New Zealand. The Institute is offering scientists in China the opportunity to build on this legacy by offering this prestigious Fellowship to visit New Zealand and encourage high quality collaboration between New Zealand and China in the field of horticultural research.

The Li Lairong Fellowship will be awarded on an annual basis to a horticultural scientist from China to undertake a research placement of up to three months at one of Plant & Food Research’s thirteen sites in New Zealand. The Fellowship will provide funding for living expenses and travel costs, with research and consumable costs funded by Plant & Food Research. To find out more about the fellowship or to apply click here.

The Fellowship is named for Li Lairong, Emeritus Professor of Subtropical Pomology and former President of the Fujian (Fukien) Institute of Subtropical Botany. He was also the President of Fujian Agriculture and Forestry University (previously known as Fujian Agriculture College). Professor Li was the first Chinese scientist to work in New Zealand, arriving in 1941 and working for the Botany Division and the Plant Diseases Division of the Department of Scientific and Industrial Research (now Plant & Food Research), before returning to China in 1944. He was elected an Honorary Fellow of the Royal Society of New Zealand in 1979, and he maintained a relationship with researchers in New Zealand until his death in 1992.