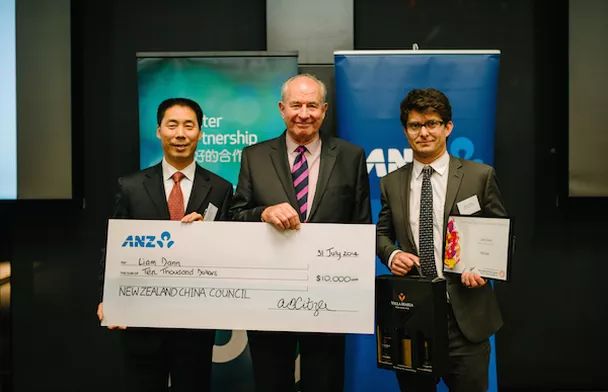 As winner of the award, Mr Dann will travel to China to report on China’s financial system including equity markets, property market and monetary policy.

“As the relationship grows, the potential for misinformation increases.  The role of intelligent, objective reporting on China cannot be overstated.

“But the language barrier, the cultural barrier, and the cost of travel can make it difficult for Kiwi reporters to find contacts and information, and to develop networks.

“We want more reporters to take an interest in China, and these awards are our way of encouraging that,”  Mr English says.

According to New Zealand China Council Chairman Sir Don McKinnon, the quality of reporting and analysis was impressive, demonstrating that our understanding of China’s business community, society and culture has become much more nuanced and sophisticated.

“Judges said entries showed a deepening understanding of important issues; balancing a New Zealand view with an attempt to understand and contextualise the view from China,” Mr McKinnon says.