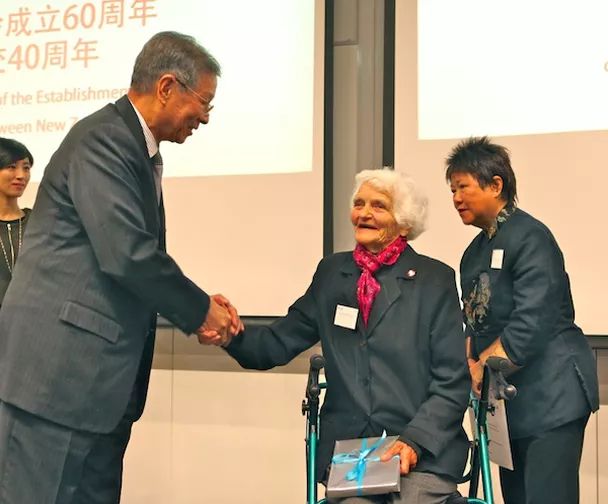 Isobel Thompson of Ellerslie at 93 has passed away, she was one of New Zealand and Auckland’s most important links to pre-liberation China. Isobel was a remarkable woman who served as a nurse in China  from 1947 – 1950. She was a friend of Kathleen Hall and met Song Qingling (Mme Sun Yatsen). Her 2002 book Yellow River, Mules and Mountains was translated into Mandarin, under her Chinese name . She was highly respected in China, retaining her connections to the Song Ching Ling Foundation and other friends and remained a very active Auckland Branch member. She will remember her for her humanity, dignity, and humility. In 2012 during the 60th Anniversary Conference in Auckland will recall the very moving moments when Liao Hui ( President of China Oceania Friendship Association, and Former Vice-chair of the Chinese people’s Political Consultative Conference) remained standing to honour Isobel and her contribution.